The Golden Science of Building a Team 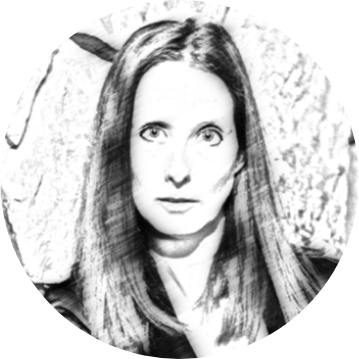 A team can make or break a business. That’s why building a team should be an incredibly thorough and well-thought-through process.

However, recent studies have revealed that building a team that’s poised for success, goes much further than a decent CV, impressive interview and a gut feeling. There’s actual science behind the ultimate dream team. In this article, we delve into some of these stunning revelations and empower you with the knowledge to create your own.

The X Factor in Business

A recent study done by MIT’s Human Dynamics Laboratory has proven that high-performing teams have very specific group dynamics and characteristics. The X factor in business ultimately seems to begin and end with communication.

Building a Team Geared Towards Success

To compile your dream team, there are a few things to take into account:

This is where many seem to go wrong from the start. A successful team is not one that’s comprised of individuals with similar skill sets. You need to find people who complement each other’s strengths and weaknesses.

Establish Clear Roles From the Start

Nothing can cause more confusion or disharmony within a team than when people keep stepping on each other’s turf. We’ve seen this time and time again. Especially with start-ups, where the job title lines often get blurry and everyone is helping with everything. This might seem like a cost-effective solution at the beginning. However, if you want your team to work like a smoothly oiled machine, you need to recognize that a machine has different parts. This also communicates to team members that you respect them as individuals. Also, it shows that you trust them enough to carry the responsibility for certain things.

This is different from the individual roles and responsibilities. It is about what the entire team is working towards. All who work in a team must ensure that they are aligned and moving towards the same goal.

This is something that old-school business models never encouraged. The fear used to be that opening the floor to all team members and having them actively voicing and participating in the set-up and the running of the team’s operations would cause division.

But remote working and the big resignation have forced a lot of organizations to have what might initially be uncomfortable conversations. To the surprise of many, the opposite of what was expected happened. Team members felt seen, valued and instead of causing division, it created unity.

By following the above-mentioned guidelines on building a team, your team is ready to be fine-tuned into the absolute productive powerhouse it has the potential to be.

Building a Team vs. Team Building

There are plenty of activities and exercises a team can do to help with team building, whether in-office or as part of a team building retreat. In the following, a few benefits of team building:

A lot of emphasis has been placed on this in recent years since the pandemic and the big resignation. Praise, motivation and encouragement can quickly dissolve in the everyday mundane routines. During team building sessions, it once again ignites that spark within all who work in a team.

It Helps Colleagues Know Each Other on a Deeper Level

There’s a big difference between the Fred in the boardroom and the Fred who needs to get everyone across a river using only a few logs as part of a team event task. Team building exercises and activities generally give team members a much better understanding of (and appreciation for!) each other.

It Takes Critical Thinking and Problem Solving to the Next Level

Team building exercises and activities really take your team out of their comfort zone. Furthermore, they pose different kinds of challenges than they’re used to within their day-to-day routine. Whether a physical challenge such as an obstacle course or just a mental exercise setting a theoretical scenario – these will not only help them work in a team better, but also help develop their own personal skill sets.

Well, at least at the end. You might not be so certain of putting your life in the hands of your colleague (metaphorically or in some team building scenarios, quite literally), but the benefit of knowing that team members have your back is priceless.

Building a team can seem difficult, but by following our advice you’ll be able to create and empower people to be the best version of themselves and improve their overall performance when they work in a team. For more helpful advice or other valuable business resources, check out other articles on our blog or what the latest offering from our Consultport Academy is.

Share This Story, Choose Your Platform!
Find a Consultant
Back to Blog
Back to "For Companies" category
Looking For More?
Consultport in Basel • Berlin • Bourdeaux • Cologne • Dortmund • Dubai • Düsseldorf • Frankfurt • Geneva • Hamburg • Leipzig • Lille • London • Lyon • Marseilles • Munich • Nantes • Paris • Rennes • Strasbourg • Stuttgart • Toulouse • Vienna • Zürich
Germany
+49 30 54909755
France
+33 6 70 72 90 05
Switzerland
+41 43 5881383
Austria
+49 30 54909755
United Kingdom
+44 111 234567
Your privacy
For an optimal website experience we use cookies and similar technologies to show personalized content, offer functions and collect statistics. You can fully agree to the use of your data for the stated purposes in the cookie settings or reject them individually for each purpose. Read More about our privacy policy.