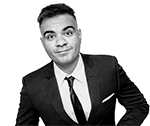 With his intelligence, charisma, and leadership, Steve Jobs not only left a legacy, but he also made the lives of millions of people a lot easier. If it wasn’t for him, we would still be using old-school and slow computers and phones. Thanks to Jobs for raising the bar so high, even competitors had to step up their game and create products that are actually worth the money.

And it is not just Apple that Jobs created. Even after getting fired from Apple, a company that he founded, Jobs managed to start Pixar, another company that still rakes in millions of dollars. Now you may be wondering: Well, what was this guy’s deal? What made him so good at running businesses?

In this article, we have compiled a list of six leadership lessons from Steve Jobs that you can apply to your own business. So, let’s dive into it.

1. Decide what tasks the team should ‘not’ do

When leading a team, leaders often create a huge list of tasks that need to be done. Endless tasks, detailed plans, ongoing motivation—all this seems like great leadership, right? Well, not quite. If you want to follow Steve Jobs’ way, you should also create a list of things that you don’t want your employees to do.

In 1997, Apple was creating many different versions of their signature product, the Macintosh. Jobs thought that it was crazy to work on so many products at the same time and instructed the team to only focus on four computers. Thanks to his decision decades ago, the Macintosh is still a highly popular product and doesn’t have a significant competitor to this day.

2. Make products as simple as possible

Steve Jobs was a practitioner of Zen Buddhism, and this influenced the way he ran Apple as well. Just like Zen monks meditate to reduce clutter in their minds, Jobs was fond of reducing clutter from product designs and making them as simple as possible. This is a great example of subtly bringing your own personal beliefs into the picture while leading a team. Jobs didn’t turn Apple headquarters into a Zen temple, but he did teach people the Zen way of making computers and smartphones.

Oftentimes, business leaders think that adding more features to a product will increase its popularity. Back in the day, most phones used to have a messy design, with too many keys and buttons, the flip feature, and even an antenna. In these times, Apple released a simple, plain phone with only one button in the front—the iPhone. A bold move with a simple product, indeed.


3. Give equal importance to the sales team and the product team

In business, great leadership isn’t just about profit, it’s also about creating products that customers fall in love with. In 1983, Steve Jobs hired the CEO of PepsiCo, John Sculley, to help increase profits. Jobs famously said to Sculley, “Do you want to sell sugared water for the rest of your life?” Fast-forward to 1985, Sculley himself fired Steve Jobs! And being a sales-oriented person, Sculley didn’t focus on improving products. His main motive was to fatten the company’s bank balance.

Well, that didn’t turn out really well for the company, and they ultimately had to bring Jobs back in to improve the products. This should be a lesson for any business person anywhere in the world. When leading people in a company, you should not give all the accolades only to the people who sell products. You should also look after the ones who work hard behind the scenes to make your company’s products better equipped for the future.

4. Lead your customers, don’t be led by them

“If I had asked people what they wanted, they would have said faster horses,” said Henry Ford, the pioneer who brought motor cars into the market for ordinary people. Fact is, validating a product by testing it with a few customers or by conducting focus groups may not always be the best approach to growing a company and leading people. Great leadership is taking full charge of the situation and strongly believing in your product—even if the market hasn’t fully accepted it yet.

As you can probably guess, just like Henry Ford, Jobs was not a big fan of focus groups either. He put more emphasis on empathy and truly understanding the deeper desires of his customers. Instead of making people participate in surveys and focus groups, Jobs trusted his own intuition when designing new products. For example, when he came up with the legendary iPod, he didn’t show it to a group of potential customers and seek their validation. Instead, he just went for it, because he was confident that his product was really, really good.

Steve Jobs was known for many things, and being very strict with his team members was one of them. He only worked with people who were like him—intelligent, hard-working perfectionists. Anything less than spectacular wasn’t tolerated. He didn’t always care about the short-term feelings of his employees and was very straightforward with them. Not everybody was a fan of this style of leadership, and even Steve Jobs admitted that there may be a more polite way to communicate things.

Great leadership often requires taking tough decisions, but remember one very important thing: Being strict all the time and treating people badly is not great leadership. Steve Jobs’ occasional rudeness was accompanied by the inspiration to create products that would not only generate billions of dollars, but also leave a mark in the history of humankind. You can’t achieve that by being ‘Mr. Nice Guy’ all the time.

Jobs was known to make people work faster and create high-quality output. For instance, he once motivated his colleague Steve Wozniak to create a game in four days—a game that Wozniak said would take months to create. When he was working on the iPhone, he decided to ditch the plastic and use a special type of glass instead. But to procure that much glass within months to create hundreds of thousands of iPhones was a challenge.

So, Jobs approached the CEO of Corning, a company that specializes in glass production. The CEO, however, said that they don’t have the capacity to manufacture so much glass. But Steve Jobs, being a leader, told him that it's possible and motivated him to figure it out in any way possible. The result: Corning ended up supplying glass for Steve Jobs’ mission at that time and still works alongside Apple to this day.

Oftentimes, subordinates may feel threatened by a challenge. But your job, as a leader, is to make them believe in their capabilities and convince them that they are capable of much more than they think.

Many entrepreneurs have created billion-dollar companies and top-notch products, but Steve Jobs also created a fan base. Years after his untimely demise, people still remember him every day and take inspiration from him. The company that he created in his parent’s garage still outsells many competitors even today—a true sign of Jobs' great leadership. Hopefully you are as inspired as Steve Jobs would have wanted you to be. Let’s honor his legacy by building something spectacular today!

Share This Story, Choose Your Platform!
Find a Consultant
Back to Blog
Back to "For Companies" category
Looking For More?
#N/A
Consultport in Basel • Berlin • Bourdeaux • Cologne • Dortmund • Dubai • Düsseldorf • Frankfurt • Geneva • Hamburg • Leipzig • Lille • London • Lyon • Marseilles • Munich • Nantes • Paris • Rennes • Strasbourg • Stuttgart • Toulouse • Vienna • Zürich
Germany
+49 30 54909755
France
+33 6 70 72 90 05
Switzerland
+41 43 5881383
Austria
+49 30 54909755
United Kingdom
+44 111 234567
Your privacy
For an optimal website experience we use cookies and similar technologies to show personalized content, offer functions and collect statistics. You can fully agree to the use of your data for the stated purposes in the cookie settings or reject them individually for each purpose. Read More about our privacy policy.