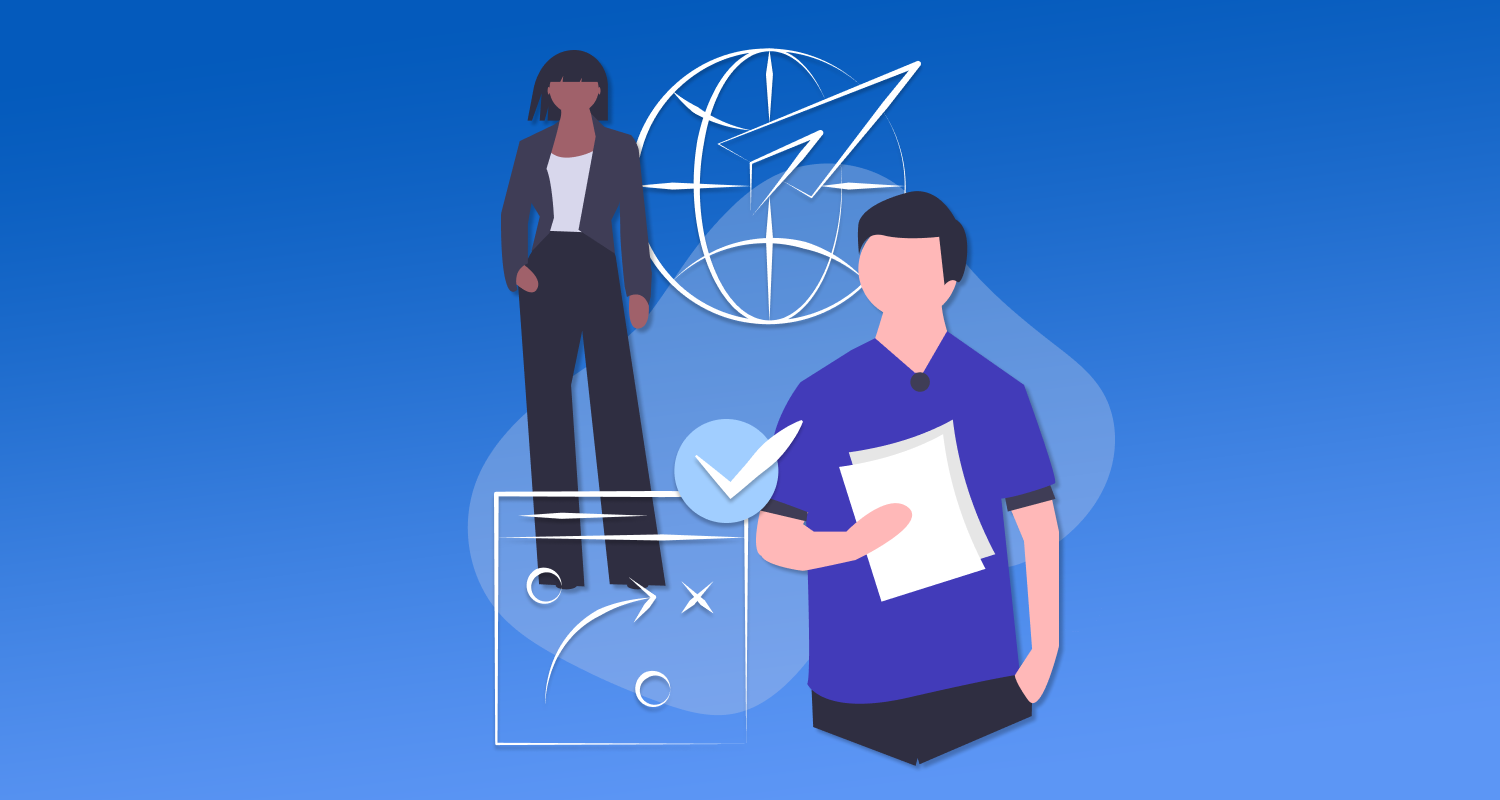 Before the advent of agile, software developers were relying on the traditional Waterfall approach. However, due to the linear nature of the traditional model, every task was pre-planned and there was no room for change or innovation in between.

This became very frustrating to a lot of professionals back then. And in the year 2000, a group of thought leaders decided to change things for good. This is how agile was born. The writers of the Agile Manifesto penned down four core values of this methodology:

In this article, we will focus on the first value, which is about prioritizing people and culture over processes and tools. In particular, the concept of psychological safety will be emphasized. We will shed light on the different ways to provide a fear-free environment to all team members so that agile can be truly leveraged and utilized.

Why Mental Safety Is Important

Even though agile has become a buzzword these days and lots of organizations are using it, almost 50% of all companies that implement agile, fail. That's because, in a diverse and dynamic team, which consists of different types of professionals, such as part-time and full-time employees, contractors, freelancers, and people from different backgrounds, mental safety is really important.

The last thing you want is people in a dynamic team going into self-preservation mode and conducting themselves in a reserved, fearful manner. When agile fails, it’s likely due to a cultural problem within the team. To be precise, it’s the culture of fear that puts people into a self-preservation state.

For example, if team members are criticized for sharing their thoughts or weaknesses, they may keep them to themselves. If they’re not allowed to ask questions or get punished for showing vulnerability, they will likely be anxious while interacting with other team members. This in turn will defeat the whole purpose of agile—collaboration. An important part of agile is working collaboratively with team members, embracing change, and frequently delivering work to customers.

How to Make Team Members Feel Safe in an Agile Project

To fully leverage agile, you, as the leader, should create a non-judgmental and safe work environment. Fear kills the benefits of agile, never forget that. So, let’s discuss the best way to create a culture in which psychological safety is the norm:


1. Read and understand the first core value of agile again

“Individuals and interactions over processes and tools.” There is a reason why the writers of the Agile Manifesto started their document with this core value. They were sick of the bureaucracy that came with the traditional Waterfall model. However, some modern businesses that have ditched Waterfall and adopted agile still don’t always understand its essence. Now, it’s okay if one doesn’t always remember all the core values and principles of agile. If managers don’t even read them in the first place though. Moreover, it can be difficult to incorporate agile successfully. Still, it should be rather simple to remember the first and probably the most important core value of agile when it comes to ensuring that an agile project doesn’t fail—people over processes!

So, how to put people over processes? Well, to create a culture where team members feel safe, stop seeing culture as something with a deadline. In the fast-paced agile work environment, everything has deadlines, and these deadlines occur very frequently, too. Culture, however, doesn’t have a deadline. You don’t say: “By the end of this sprint, every individual on the team will feel free to ask questions.” It doesn’t work that way. Culture is an ongoing phenomenon and seeing it as a deliverable with a deadline is wrong. A cultural problem cannot be solved with sprints or any other process that contains a timeline. It takes a regular and sincere effort to build culture.

2. Create a list of vulnerable behavior and corresponding positive responses

In an agile workspace, several individuals, including people with different skills and backgrounds, collaborate to reach the end goal. Collaboration is key here and it’s hard to achieve it without showing some vulnerable behaviors. In an agile context, a vulnerable behavior is anything that can make someone susceptible to judgment from others. These include acts like asking questions, challenging the status quo, sharing new ideas, etc. 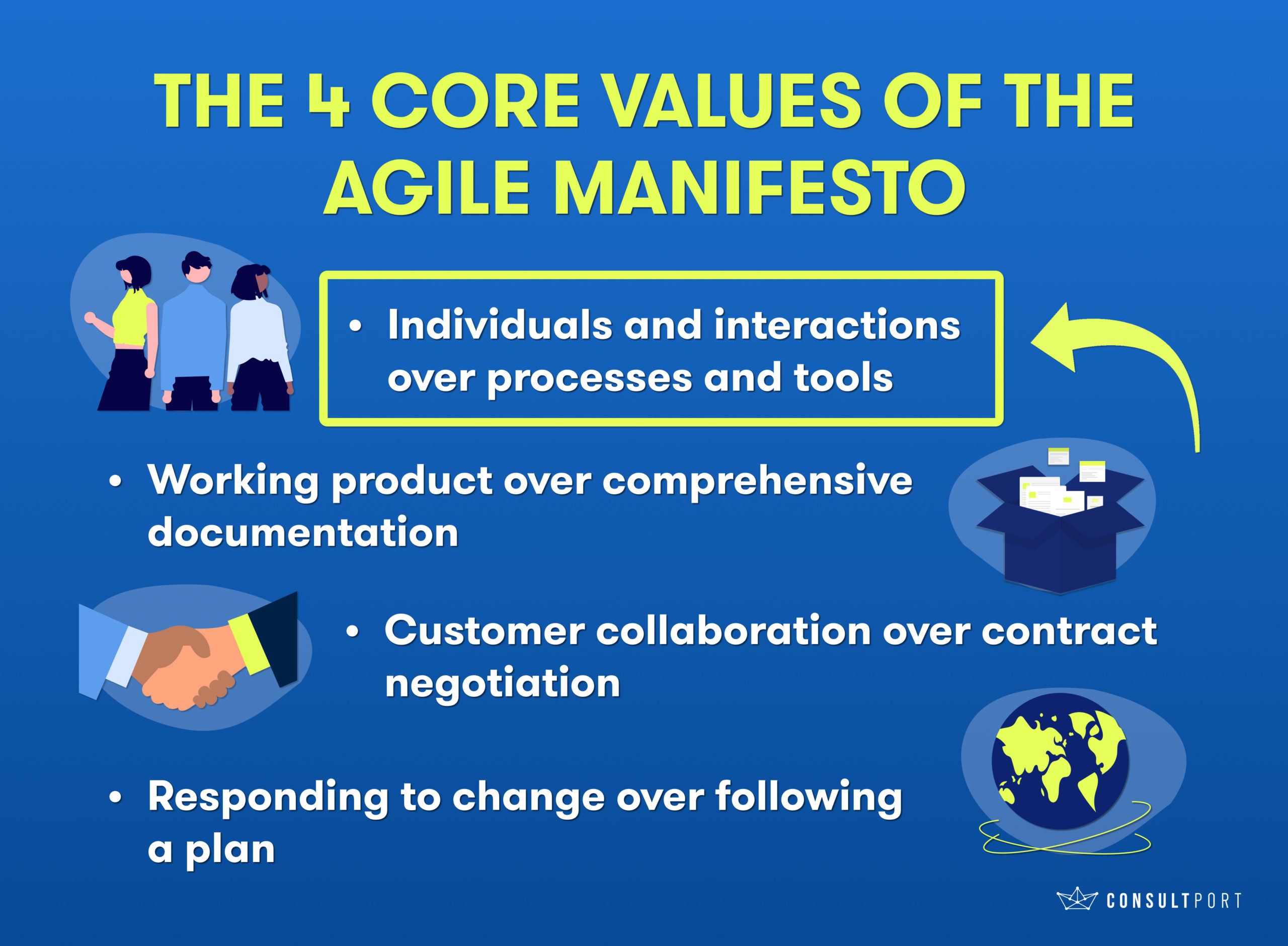 You must create a list of as many vulnerable behaviors as possible and assign a positive response to each behavior. For instance, if someone on the team raises their hand and says, “I will not be able to finish this task because I need more training in this area,” the positive response associated with it should be, “Thanks for letting us know, we’ll delegate this task to someone else soon.”

See the difference? Instead of belittling someone for not knowing something. You should give them some time to upskill themselves while a more competent person takes over the task. It’s important to have a list of vulnerable behaviors and positive responses. Because, in this particular case, the default reaction of most people would be to look down on the person who showed their vulnerability and asked for help.

3. Examine the effectiveness of your efforts at the end of sprint meetings

Whether it happens on a weekly or a bi-weekly basis, meetings at the end of a sprint are common; and in case they’re not, they should be because that’s the only way to keep the collaboration alive in a dynamic team.

So, to check the effectiveness of your vulnerable behavior/positive response guidelines, you must talk about its execution briefly at the end of every sprint retrospective meeting. You should enquire how well interpersonal interactions occurred during the sprint. This will give the team an opportunity to convey how they conducted conversations that made them vulnerable and how the team reacted to it.

To understand this better, let’s consider “asking questions” as an example of vulnerable behavior here. In that case, “assisting the employee without judgment” would be the positive response.

Let’s suppose that Jacob, a graphic designer, asks their superior, “What are the brand colors of the client’s company?” Then, the superior responds, “You’ve been working on this project for the past two weeks and you still don’t know the brand colors? Wait, I’ll check it out and come back to you.”

As you can notice, such behavior would deter Jacob, and anyone who heard the superior say that, from asking questions. In this case, the superior should be told that they didn’t follow the vulnerable behavior/positive response guidelines and that they’re expected to do so going forward.

Apart from the aforementioned methods, there are other ways to create a safer and more collaborative environment. For instance, a daily stand-up meeting at the beginning of the day may be used to identify barriers and give the team an opportunity to prioritize tasks. As a team leader who’s leading a sprint, you wouldn’t know what’s slowing an individual down until you go through the stand-up meeting and check the status of each person on the team. If the barrier is too difficult for a team member to overcome, the team leader should step in to offer assistance or delegate it to someone else. For instance, if a junior is waiting on a client’s response for ages and cannot move forward without their approval, a senior should either call the client to get a status update or assign some other tasks to the junior in the meantime.

The bottom line is: whether you use scrum or kanban, it’s important to realize the human factor in agile. Remember, team members are supposed to leverage processes to obtain the desired outcome. They shouldn’t become slaves of these processes though. Their experience and mental safety are more important than processes.